The Bahamas, known officially as the Commonwealth of the Bahamas, is a country within the Lucayan Archipelago, in the West Indies. The archipelagic state consists of more than 700 islands, cays, and islets in the Atlantic Ocean.

The Bahamas were inhabited by the Lucayans, a branch of the Arawakan-speaking Taíno people, for many centuries. Columbus was the first European to see the islands, making his first landfall in the 'New World' in 1492. Later, the Spanish shipped the native Lucayans to slavery on Hispaniola, after which the Bahama islands were mostly deserted until 1648, when English colonists from Bermuda settled on the island of Eleuthera.

The Bahamas became a British crown colony in 1718, when the British clamped down on piracy. After the American Revolutionary War, the Crown resettled thousands of American Loyalists to the Bahamas; they took their slaves with them and established plantations on land grants. African slaves and their descendants constituted the majority of the population from this period on. The slave trade was abolished by the British in 1807; slavery in the Bahamas was abolished in 1834. Subsequently, the Bahamas became a haven for freed African slaves. Africans liberated from illegal slave ships were resettled on the islands by the Royal Navy, while some North American slaves and Seminoles escaped to the Bahamas from Florida.

The Bahamas became an independent Commonwealth realm in 1973 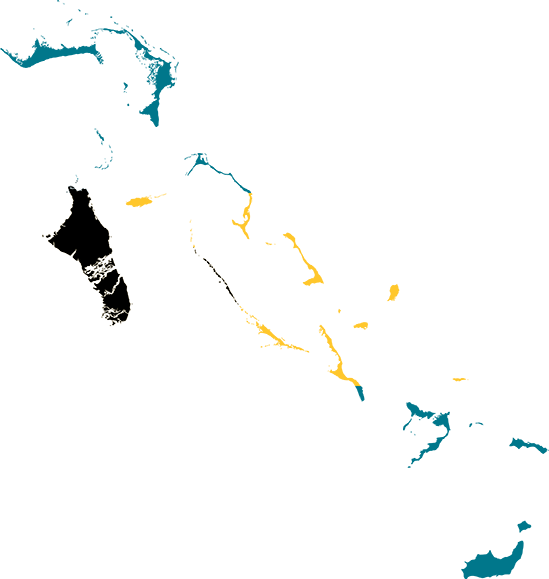